Today, Book Two in Rebekah R. Ganiere’s Farielle Series Snow the Vampire Slayer releases from Fallen Angel Press. If you like kick-ass heroines but still have a soft spot for fairy tales, look no further.

About Snow the Vampire Slayer:

Lady Snow Gwyn is tired of playing “mother” to her seven Vampire Slaying brothers. For the past two years, she’s yearned to be out there fighting at their side as they hunt for bloodsuckers in the black of night. Snow is as good a fighter as any man, but she wasn’t called to be a Slayer. A mere formality in her book.

Prince Sageren, Son of Lothar has spent the last fifty years in exile, awaiting the day when he can finally avenge his family and take back his throne. Barely existing, he’s forced to face his inner demons and the monster he once was, compelling him to vow to never drink from humans again. A simple enough task–until he crosses paths with a human who makes his fangs ache to drain her.

When Snow runs into Prince Sage on a late night trip to the woods, she’s torn between the urge to kill him and the desire to succumb to the feeling he stirs within her. And when Snow’s life is threatened by the same evil that murdered his family, Prince Sage must enlist the aid of Snow’s brothers to not only help him save her life, but to also regain his rightful place as King of the Vampires.

If Sage can keep the Slayers from killing him first.

Rebekah is an award winning author. Her novel Dead Awakenings, debuted in January 2014. Red the Were Hunter, the first in her Farielle Series, released in May. The second book Snow the Vampire Slayer will be releasing in September 22, 2014. And her trilogy The Society will be released Nov. 17th 2014 by Kensington’s Lyrical Press.

Rebekah is the VP of Communications of the RWA FFP Chapter as well as a member of her local Los Angeles and Orange County chapters. In her spare time when she isn’t writing you can find her moderating on SavvyAuthors.com or hanging out with her husband, four children and her English Bulldog, rabbit, two bearded dragons, and two tortoises. The escaped snake has yet to be found.

If your answer is Not much, you are correct by modern-day standards. After all, indoor plumbing didn’t exist, medical care might kill you as much as cure you, personal hygiene left much to be desired, and if you were poor (or even slightly well to-do) you bedded down with the rest of your family each night.

Doesn’t sound very sexy, does it? So why did I set my romance novel during medieval times? 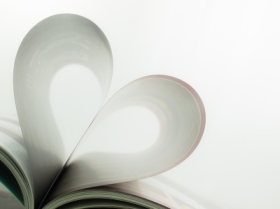 Reading and writing romance provides an escape from the everyday. When it’s an historical from the far removed past, that escapism is even more pronounced. After all, swords and castles and carriage rides are a far cry from (and way more exciting than) folding laundry, pulling weeds, or commuting to the office.

I love historicals because somewhere in the back of your mind as you read, you know that these characters could have lived once upon a time. All those historical details pull you into their stories, but at the same time those very details reinforce the fact that you are still a modern-day person catching only a glimpse of what could have been. This results in a safe space to explore other times and places, and the fantasy ends when you close the book or power down the e-reader and return to the present. 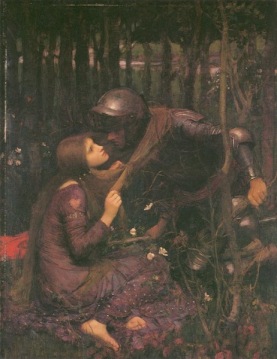 For me, reading historical romance was a natural extension of the fairy tales I consumed growing up. Romances still have happy endings and dashing heroes, but none of the fade-to-black nonsense when it comes to the sexytimes.

Because the stories are grounded in historical fact, I find historicals to be more grownup versions of fairy tales, complete with adventures and quests and good triumphing over evil. And I think the medieval time period comes the closest to evoking the fantasy world of fairy tales thanks to the knights and castles of the age. 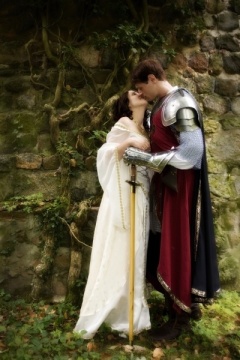 Pinned by Lori Wood on Once Upon a Time

We tend to think of the past as a “simpler time.” Things might not have necessarily been simpler, but the needs were more basic. People had to have shelter and food and protection, things we often take for granted today. The choices were starker too. Options, particularly for women, were nearly nonexistent. You did what you had to do to survive. End of story, right?

Well, that’s what makes playing in this time period so fun for writers. Because the stakes are so high for every conflict, every decision a character faces, the dramatic potential of medievals is huge. Same with the romance. The concept of marriage in medieval times was essentially a business transaction. Love was not an emotion regular people could afford to have. So any love match of the period was really something special, since too often they went against the wishes of their families and their liege lords when they chose love over duty. 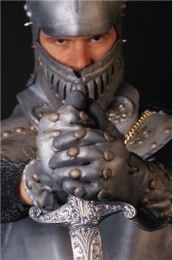 Maybe I should have started off with this one… Knights were the soldiers of the day. Training started early for boys, creating lethal men (so long as they lived to see adulthood). In addition to knowing how to wield a sword, they were usually trained in another weapon (ax, bow, spear), taught how to control a warhorse, and had to wear thirty to fifty pounds of chain mail. Such a regimen would result in a fine physical specimen, don’t you think?

But it wasn’t just the knights. I’d venture to say that anyone living in medieval times worked hard, whether they were a craftsman, a farmer, or a chatelaine. Everything was harder in the Middle Ages, which means it took concerted effort to do just about anything worth doing. People earned their night’s rest every day, and considering the diet of your average medieval person, most people had lean physiques.

So these are some of the reasons I enjoy reading and writing medievals. I’d love to know why they work for you!

Bringing History to Life
with Adventure and Romance!

My debut medieval romance Siege of the Heart is now available: